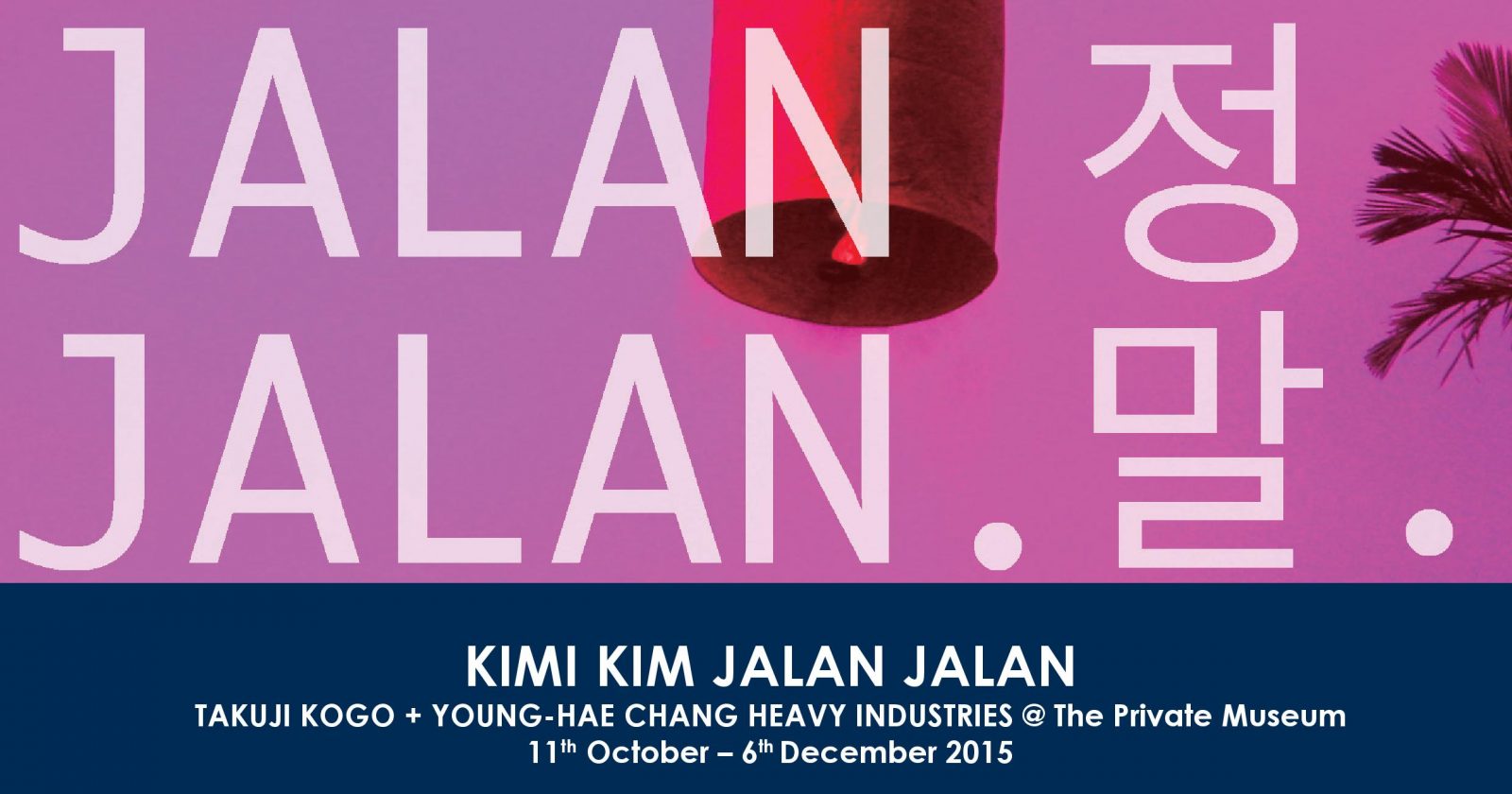 The highlight of the exhibition is KIMI KIM JALAN JALAN, an anime inspired multilingual satirical monologue made in Japanese, Korean and English through the collaboration of the artists’ cultural backgrounds. Inspired by the multilingualism in Singapore, this narrative consists of fragments of images, sounds and texts of Singapore, performed in the style of an ASMR (autonomous sensory meridian response). KIMI KIM JALAN JALAN is a collaboration specially produced for this exhibition.

STATEMENTS is a collaborative piece created with text animations of the World War II surrender speech by the Japanese Emperor Shōwa, combined with the audio segment of Michael Jackson’s declaration countering accusations of child molestation in 1993. The project was first shown at the Kitakyushu Biennial 2007 and Metro Pictures, New York, in 2013, and at the Kiev Biennial 2015.

KITAKYUSHU BIENNIAL 2015 THE FIFTH is the 5th Kitakyushu Biennial, a bi-annual exhibition organized by the Art Institute Kitakyushu and directed by *CANDY FACTORY PROJECTS, a Japanese based platform for international collaborative multimedia based art projects curated by Takuji Kogo. This year, the Kitakyushu Biennial travels from Berlin to Sweden, Japan and finally Singapore at The Private Museum. 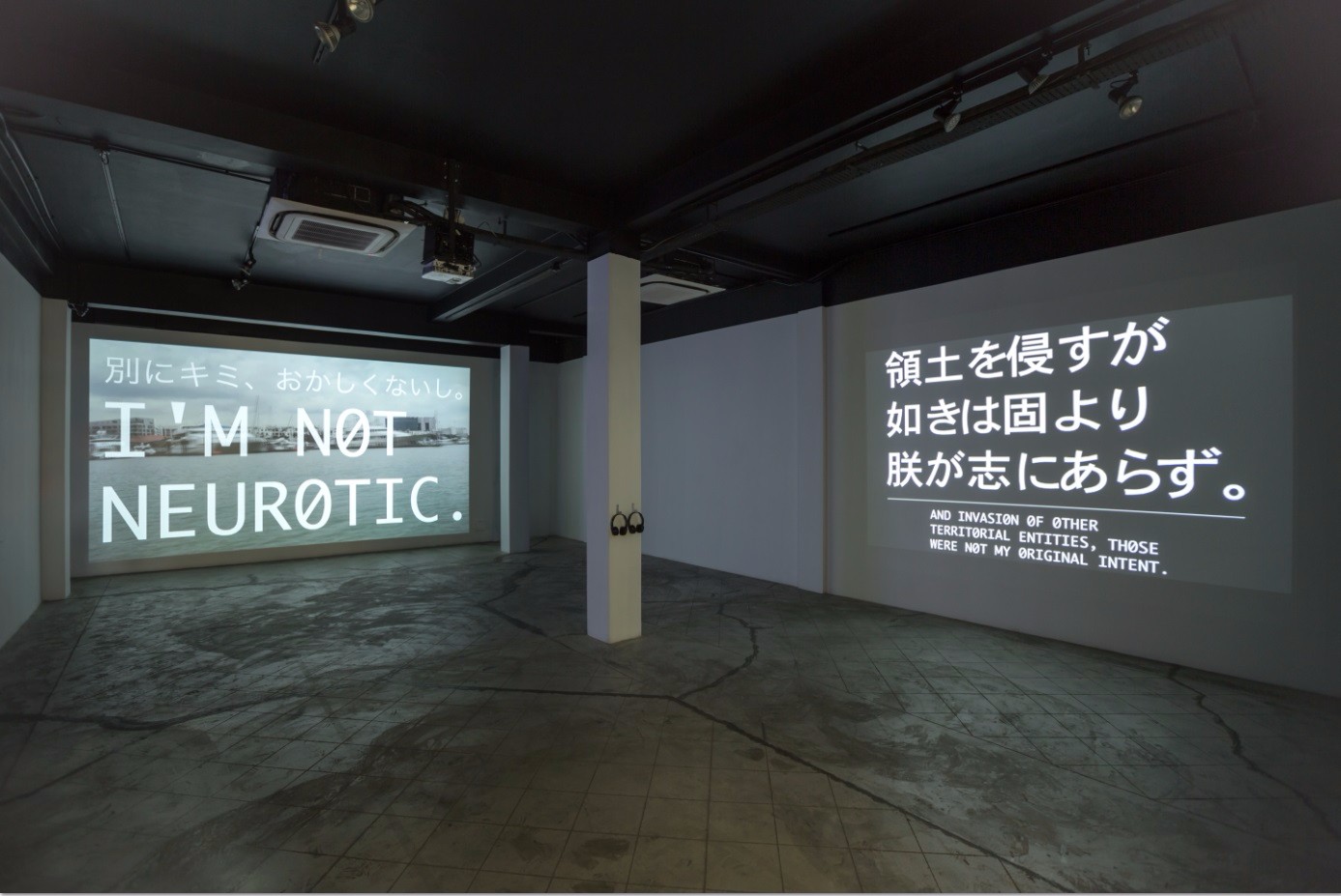 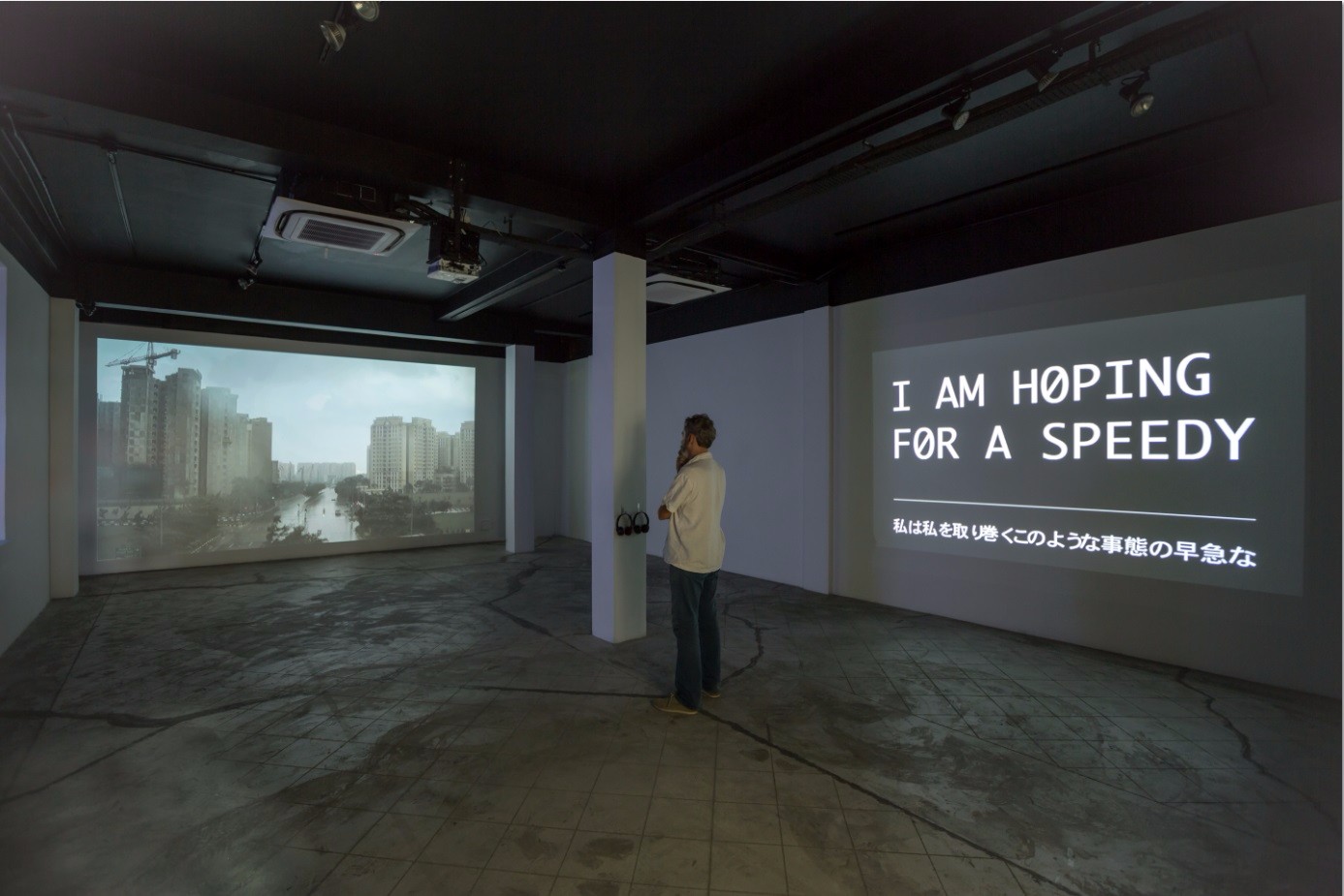 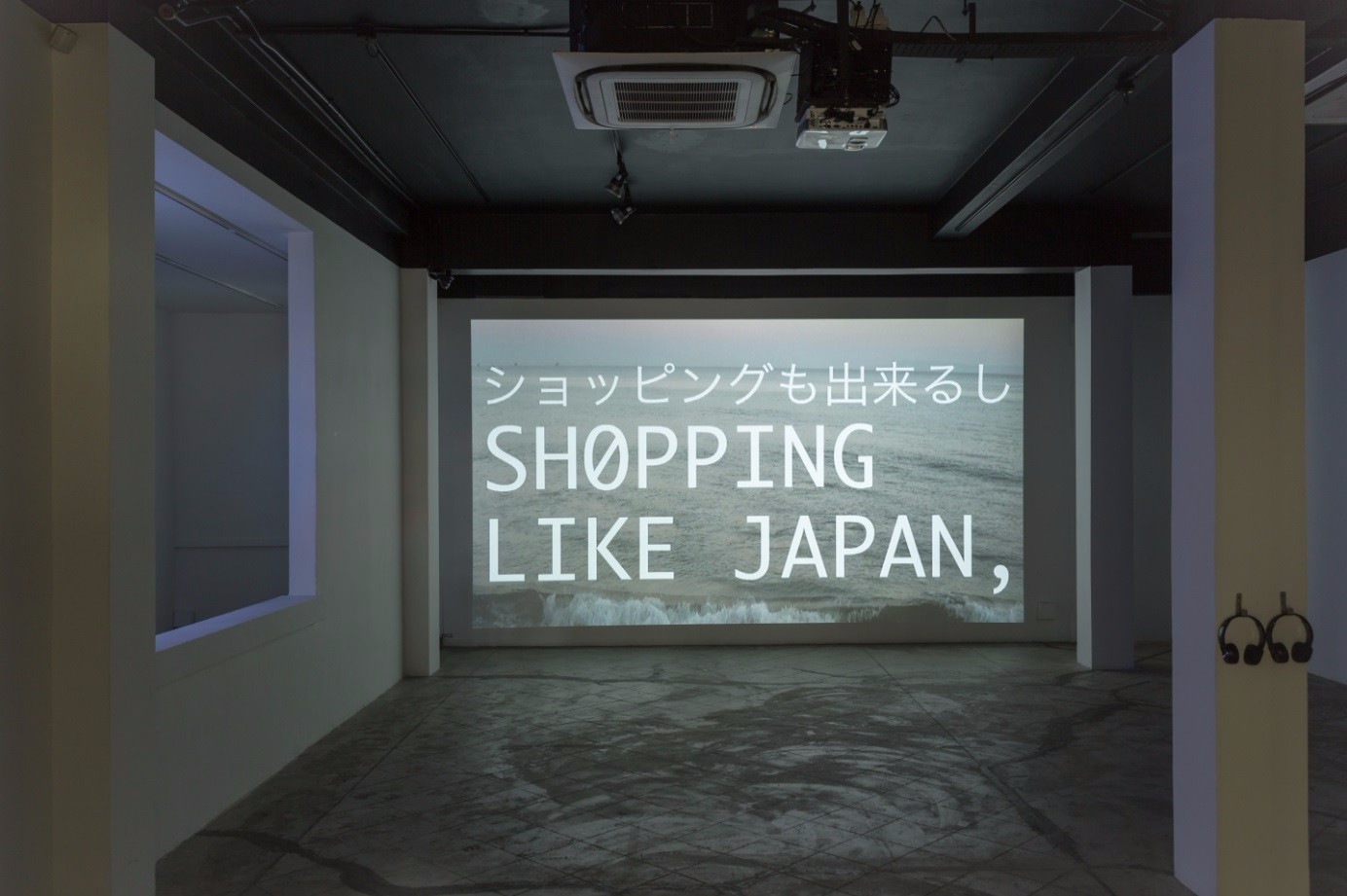 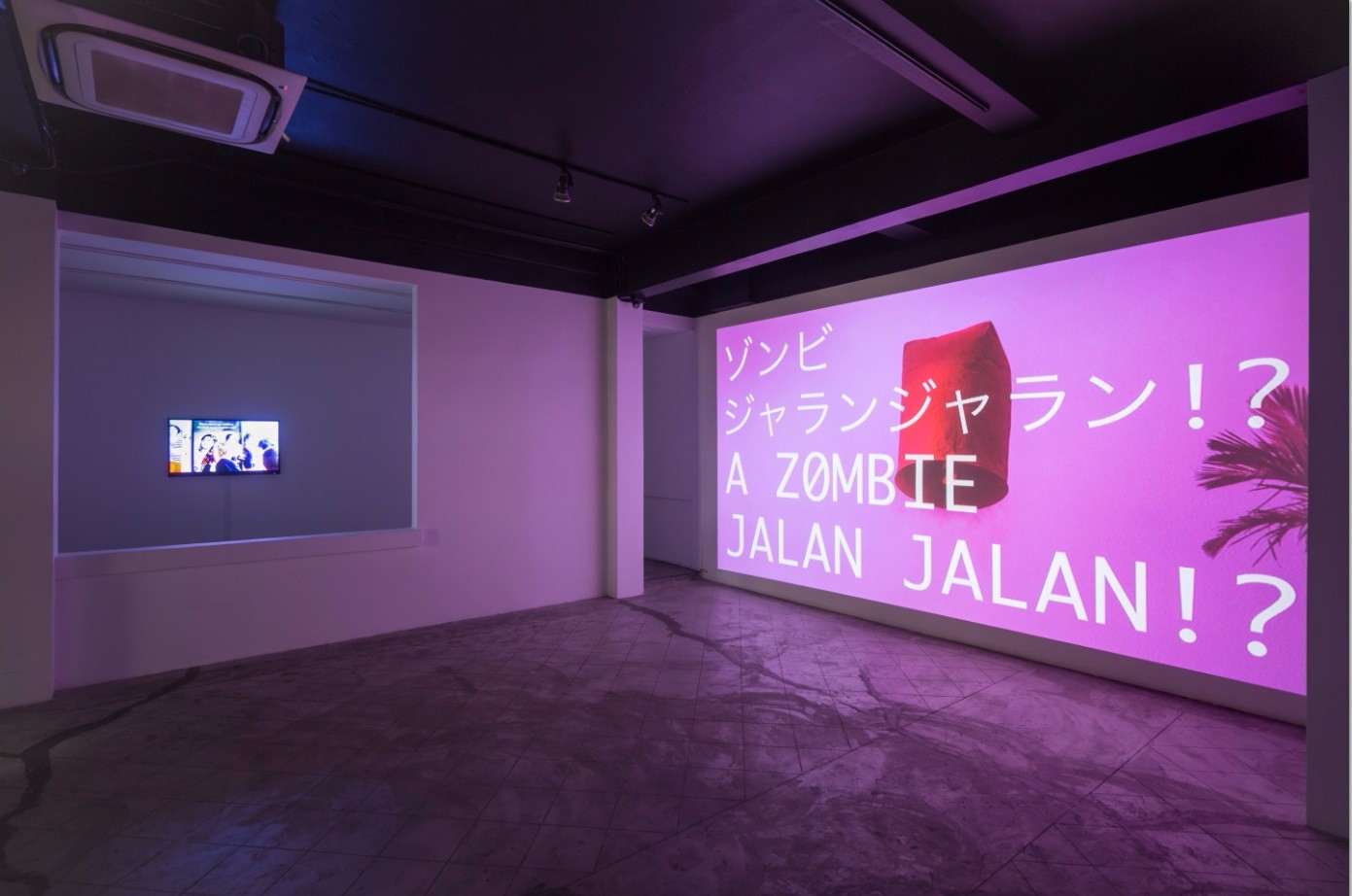 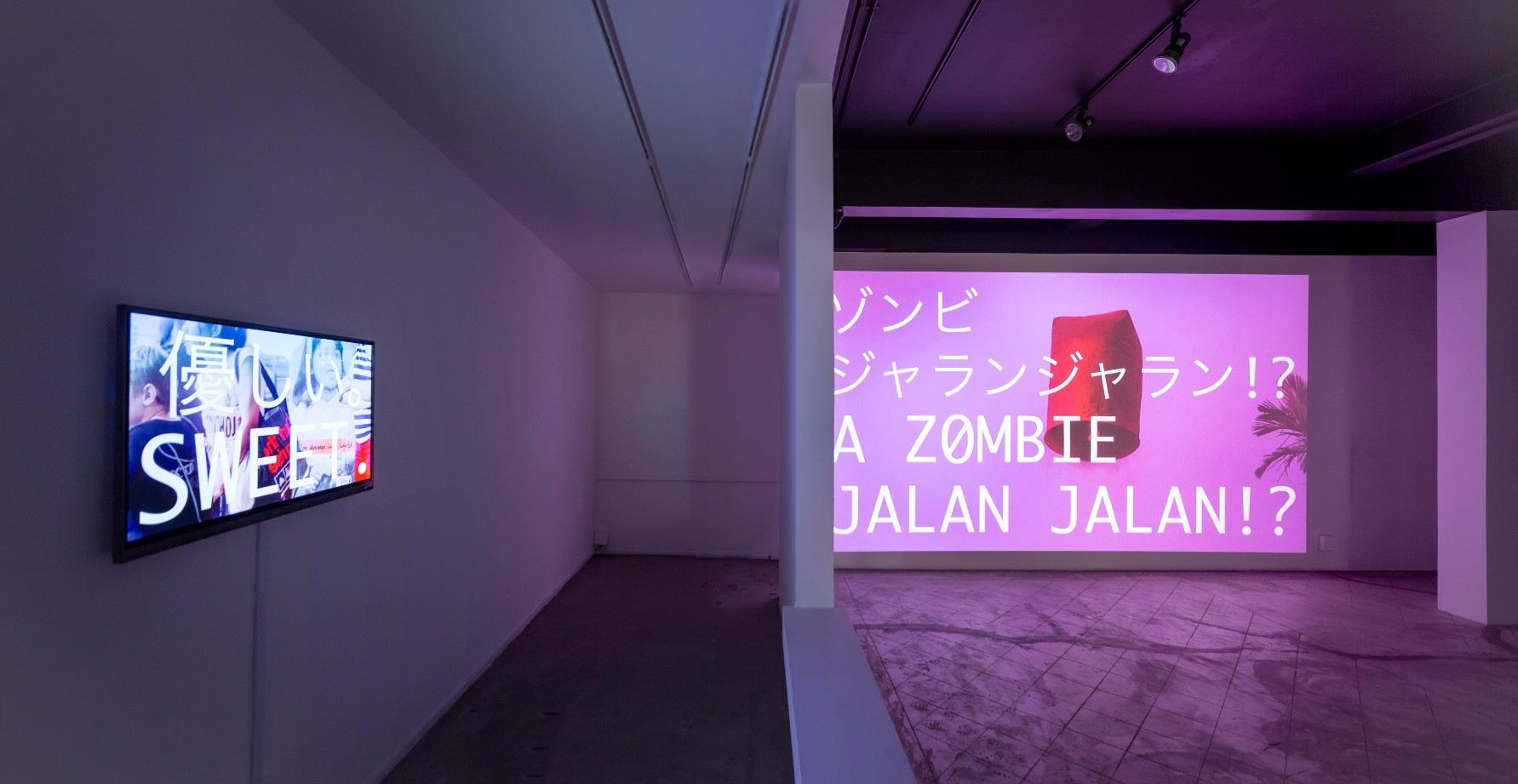 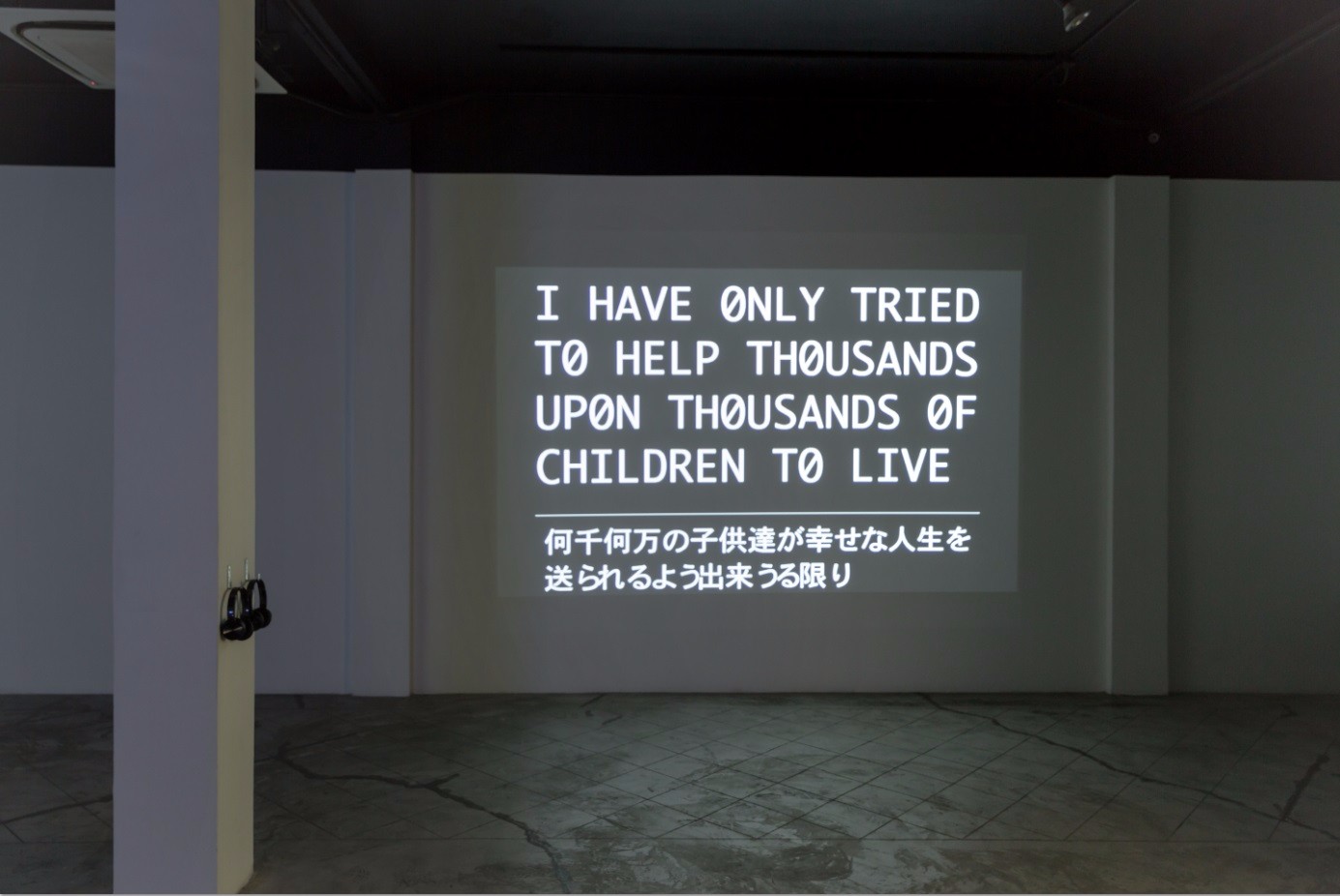 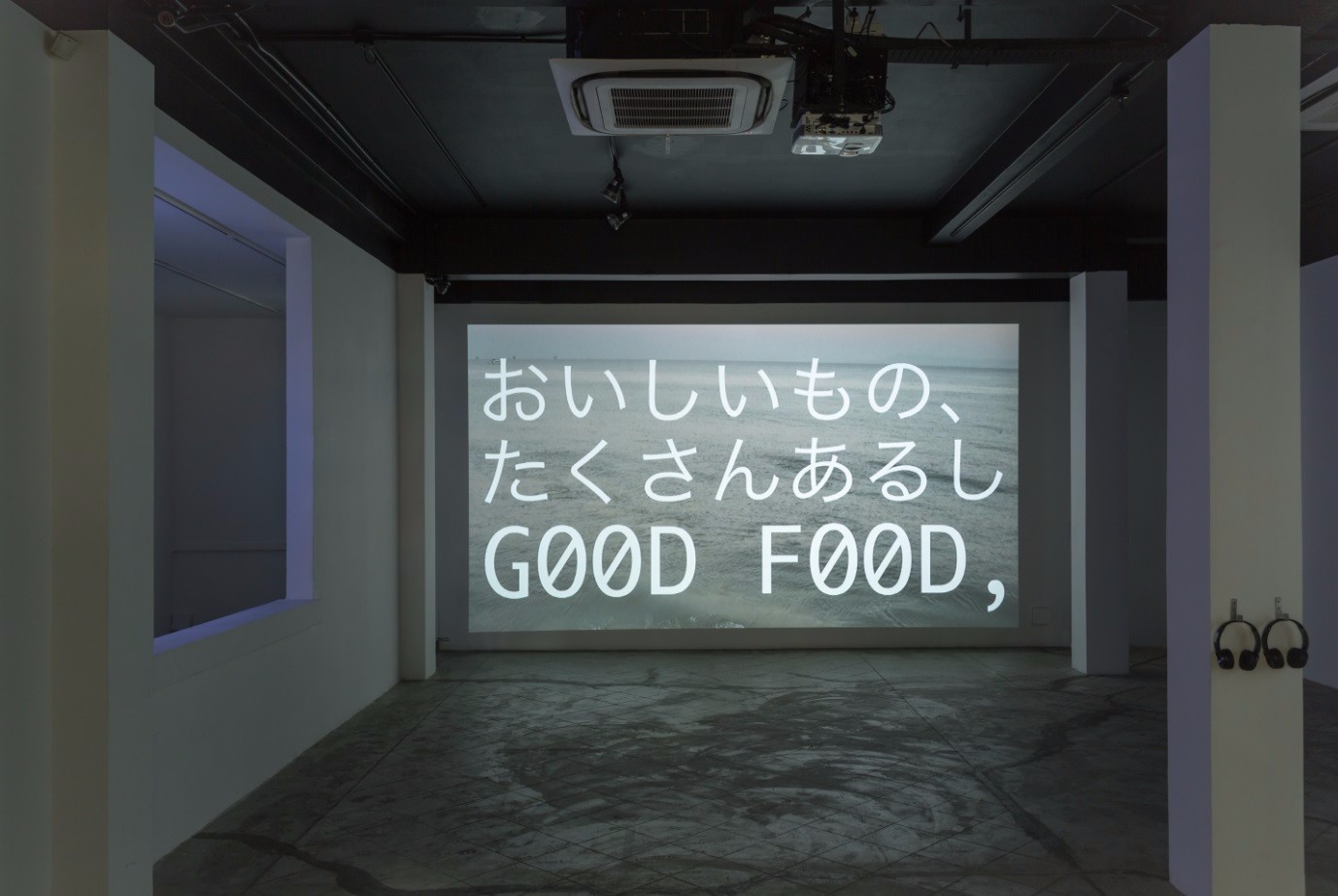 Takuji Kogo is a visual artist, director for the Kitakyushu Biennial and organizer for *CANDY FACTORY PROJECTS, a Japanese based platform for international collaborative art projects. Kogo has produced a large body of work both as a solo artist and in collaborations under *CANDY FACTORY PROJECTS and have been presented them at Media Scope-MoMA/The Museum of Modern Art New York, Seoul Museum of Art, MAAP Multimedia Art Asian Pacific Nam June Paik Art Centre Seoul, and Tokyo Metropolitan Museum of Photography. Takuji Kogo lives in Fukuoka, Japan.

Takuji Kogo and Young-Hae Chang Heavy Industries have been collaborating since 2001 on various works under the rubric *Candy Factory Projects.

Their first collaboration, “HALBEATH,” was an online promotional video set to the traditional Korean song “Arirang,” for a defunct microchip plant in Halbeath, Scotland, a failed joint venture between Hyundai and Motorola. They then made “YOUR J.O.B. WON’T STAND A CHANCE!” a text animation based on a phishing scam. The work was originally part of Kogo’s 2004 curatorial collaboration with Swedish artist Ola Pehrson for Fargfabriken, Stockholm.

Another project, “STATEMENTS,” was made with text animations of the World War II surrender speech by the Japanese Emperor Shōwa, in 1945, combined with the audio segment of Michael Jackson’s 1993 video declaration countering accusations of child molestation. This project was shown at the Kitakyushu Biennial 2007 and Metro Pictures, New York, in 2013, and will be shown at the Kiev Biennial 2015.

“DEMILITARIZED ZONE BUS TOUR WITH BULGOGI LUNCH”  was a documentary project based on interviews of several tourist office officials for bus tours of the North and South Korean border. The project has been shown at Nam June Paik Art Center, Seoul, in 2009, and the Kitakyushu Biennial 2011. “ASMR  MY DMZ DUB,” their most recent collaborative project (2013), portrays a Rastafarian Korean woman who is a guide for the same DMZ tour. Her increasingly shrill rant to a captive bus audience recounts life with a husband who is a Jamaican pothead. The role-play is performed with a whispering voice in the style of ASMR. The project has been shown at the Kitakyushu Biennial i_information in 2013. 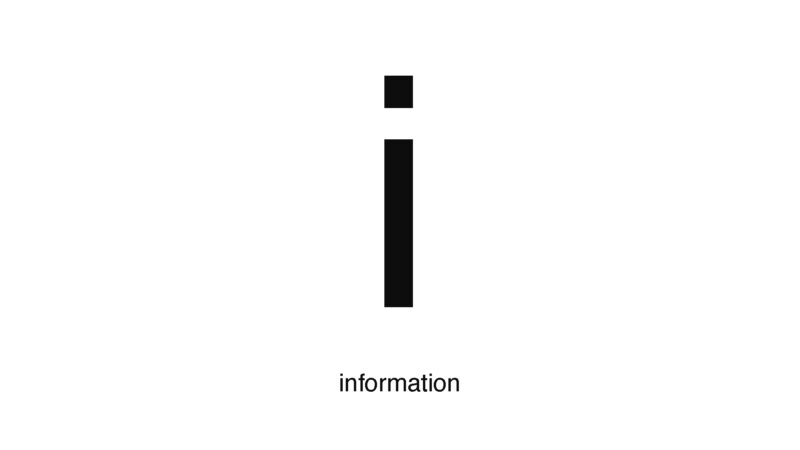 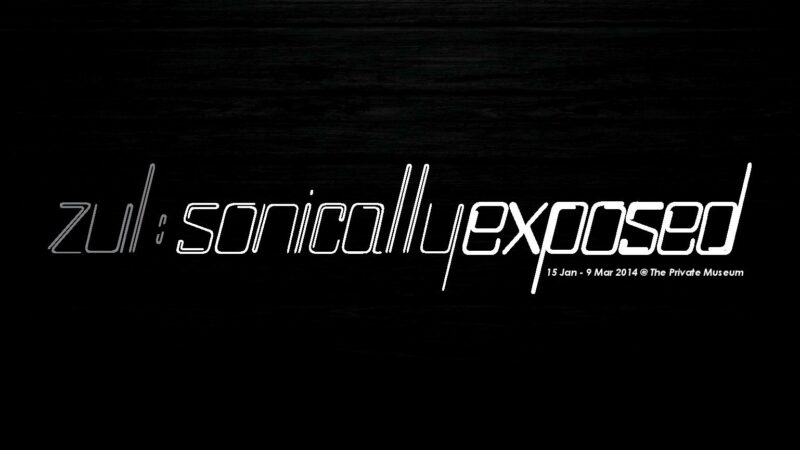