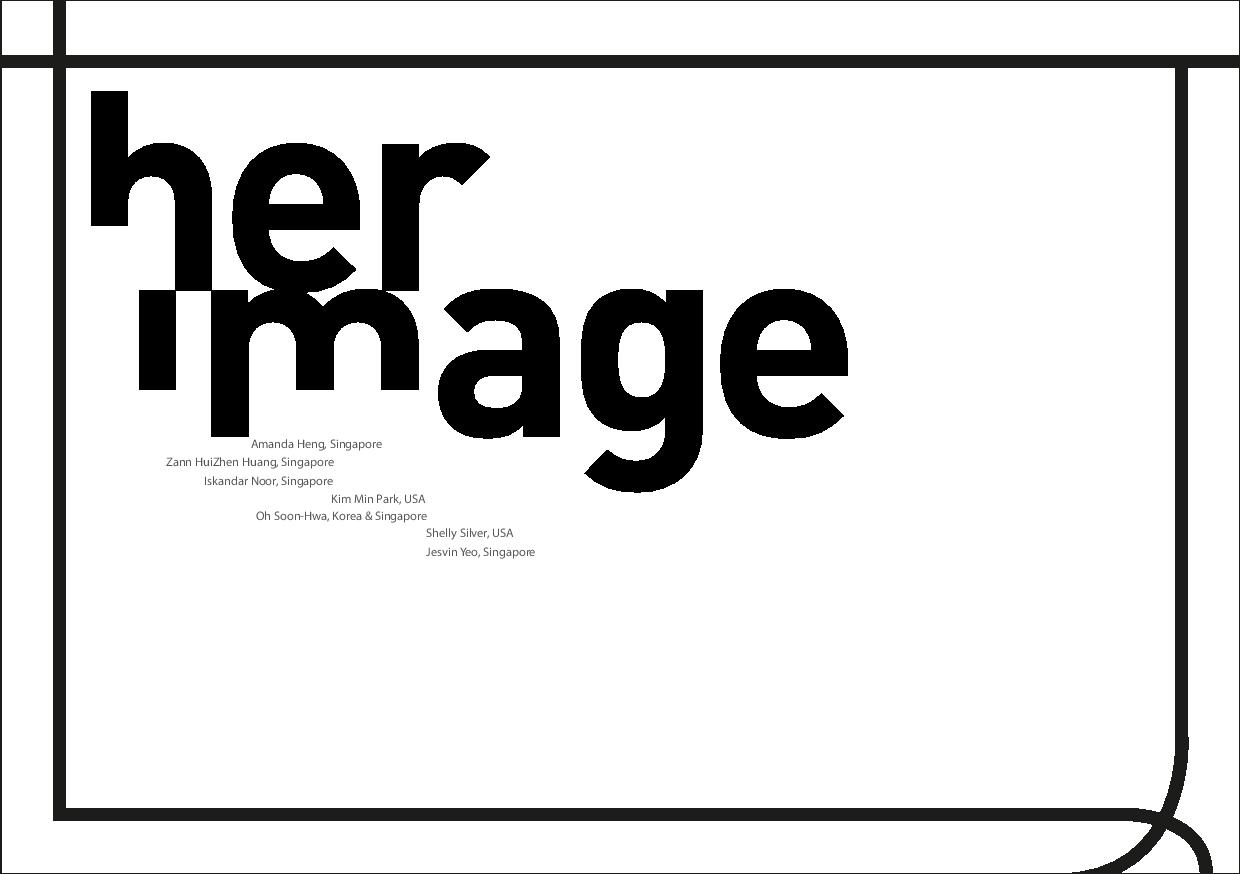 The Private Museum is proud to present HER IMAGE, a group exhibition that explores the representation of women in photography and video, to commemorate the International Women’s Day in March. Held in conjunction with the symposium Ways of Knowing: Asian and Middle Eastern Women in Photographs, the exhibition will explore themes on “Women, memory and history”, “Women in daily life”, and “Women artists and photo-journalists”. HER IMAGE adopts a cross-disciplinary approach in attempt to create a dialogue about woman condition in the contemporary world, with a rare focus on Asia and Middle East. The artworks portray experiences of women influenced by their particular historical, socioeconomical, and religious environments, in private and public spaces of non-Western countries.

For more information on the symposium, please visit www.womeninphotographsymposium.com 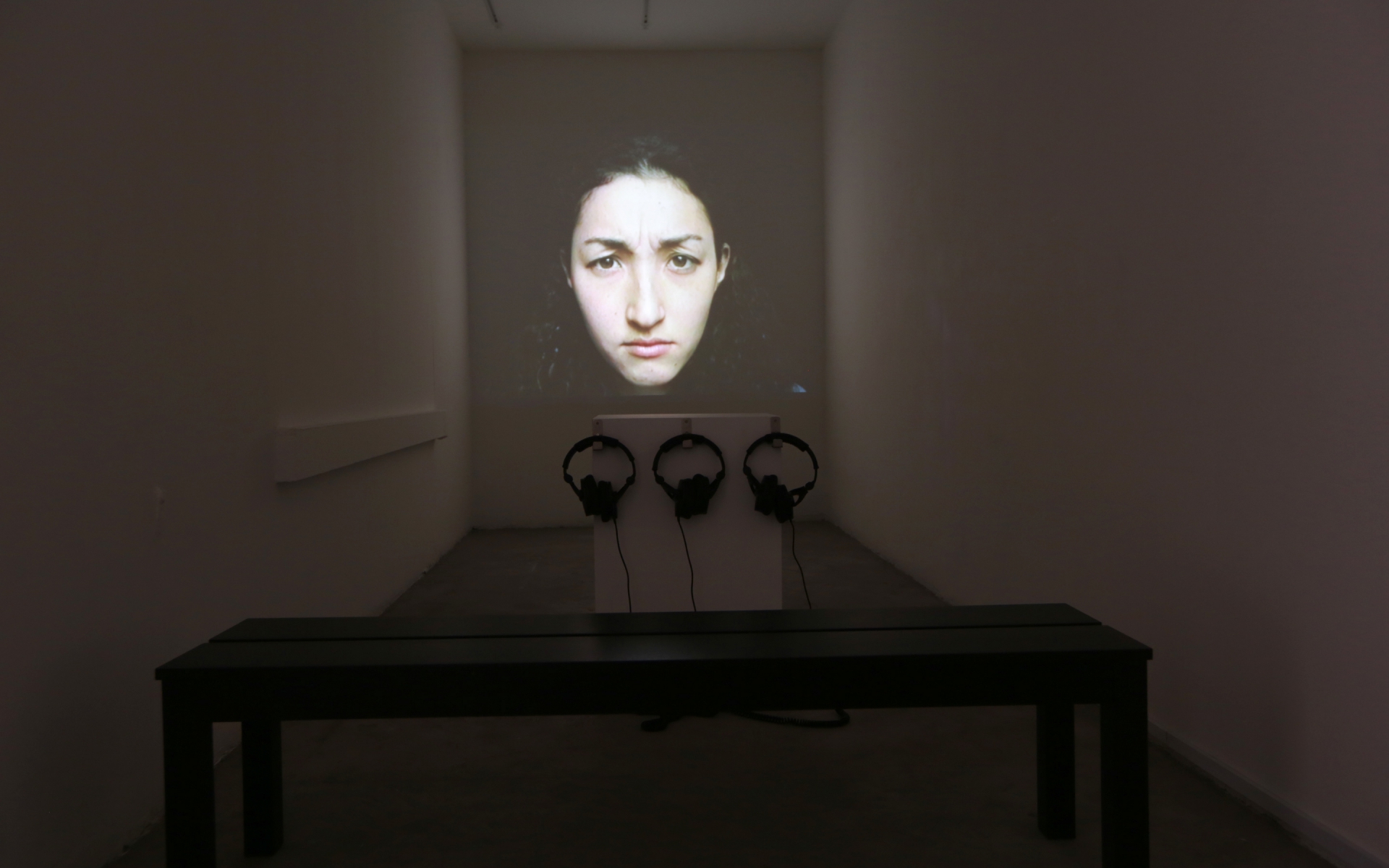 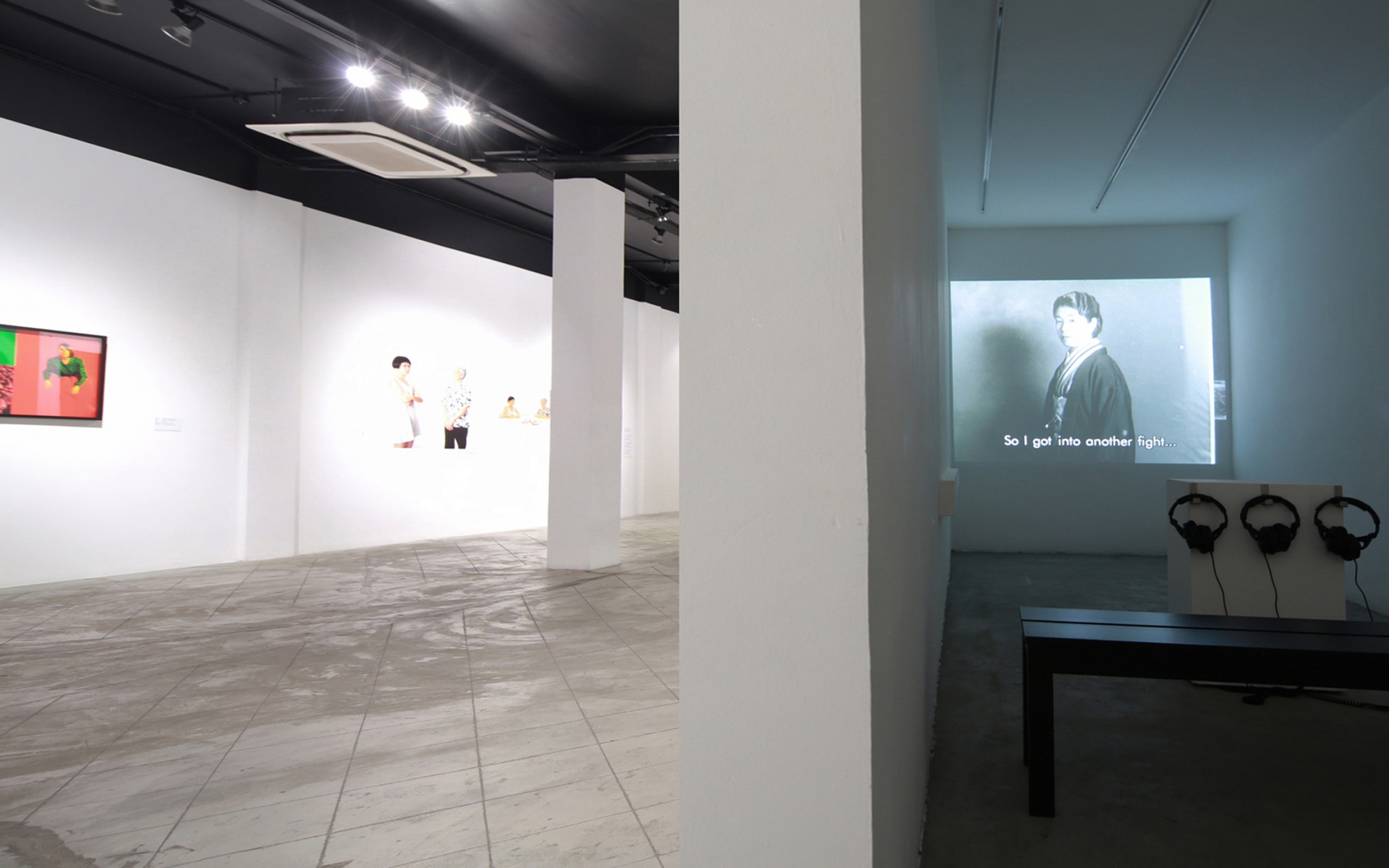 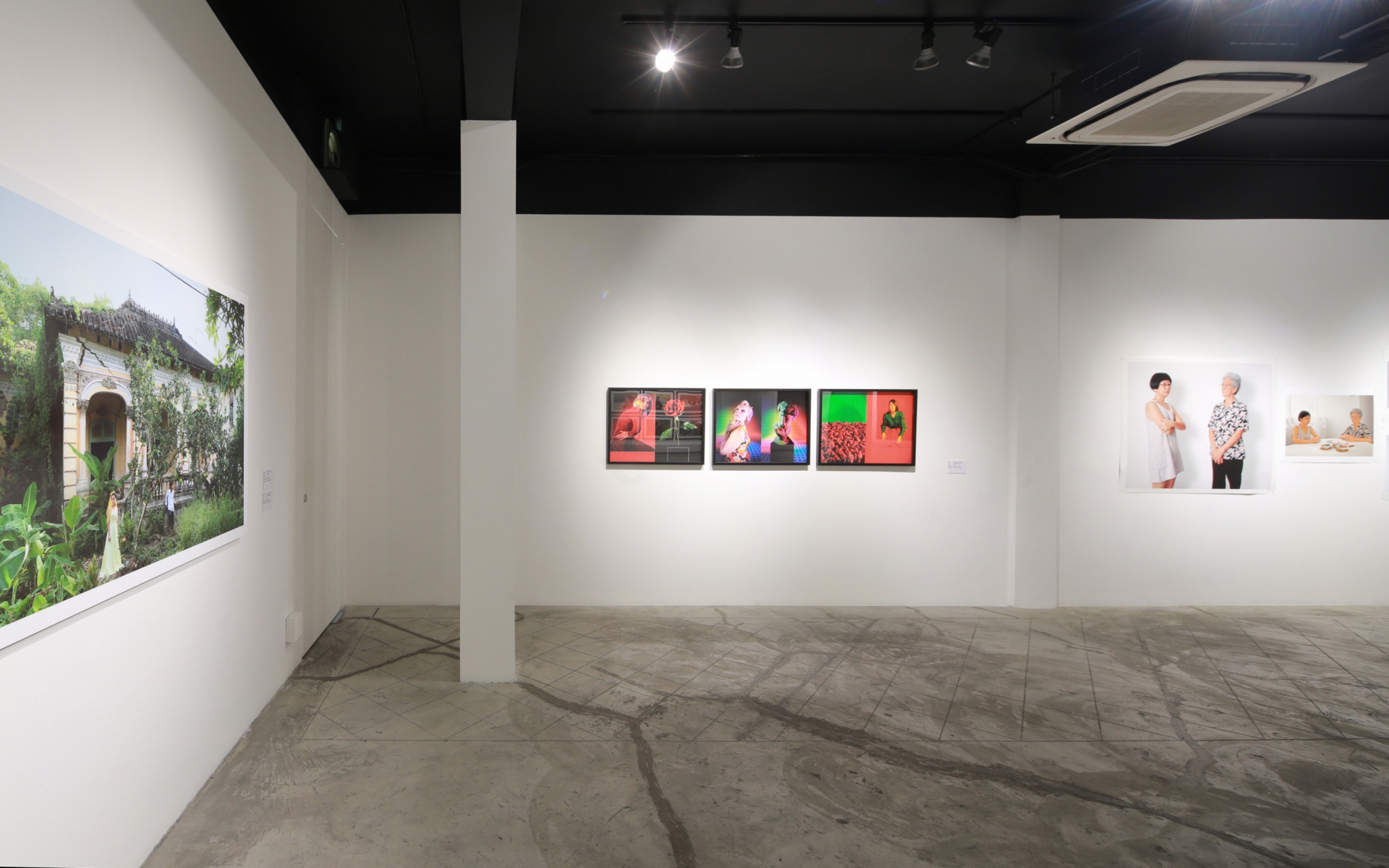 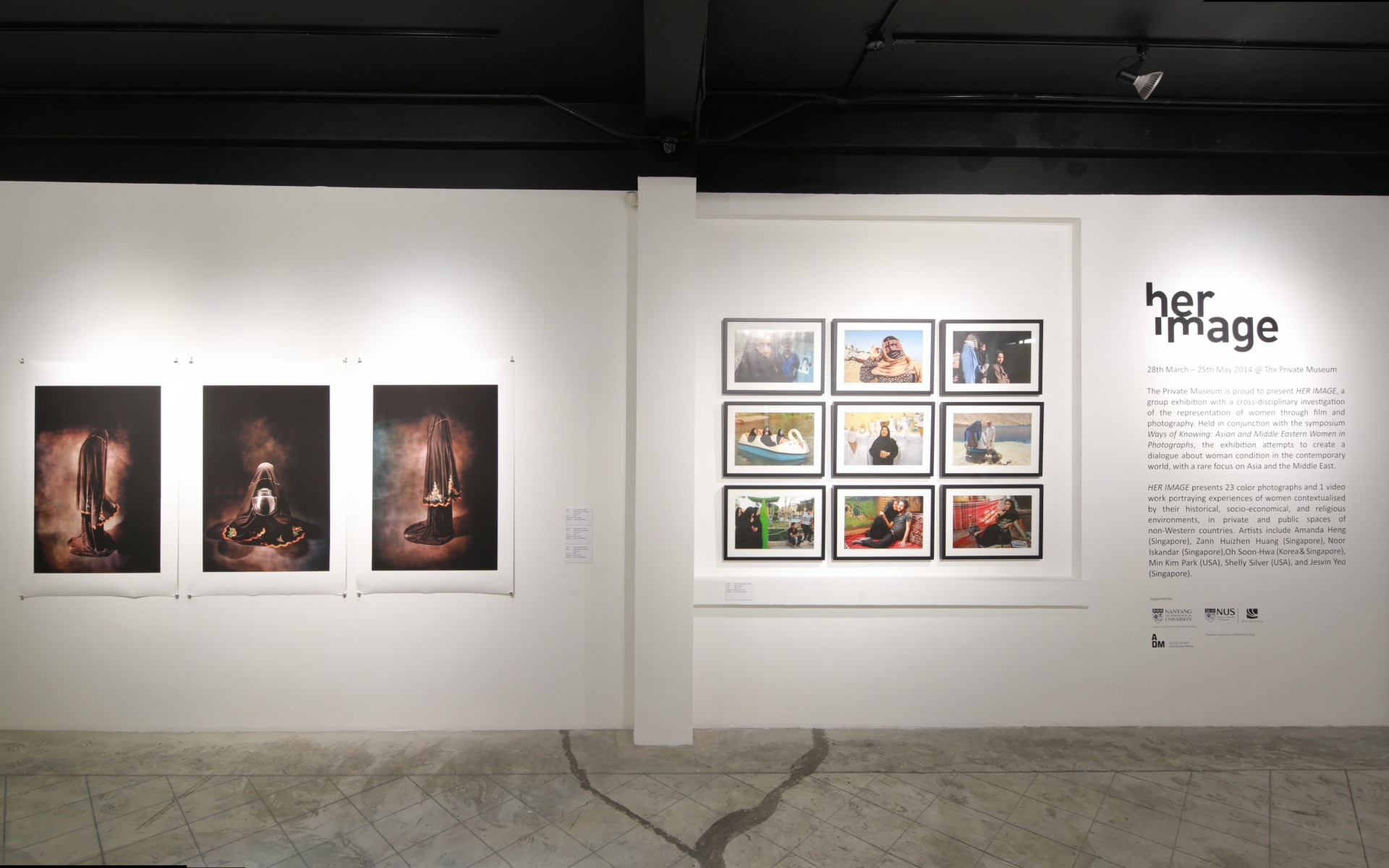 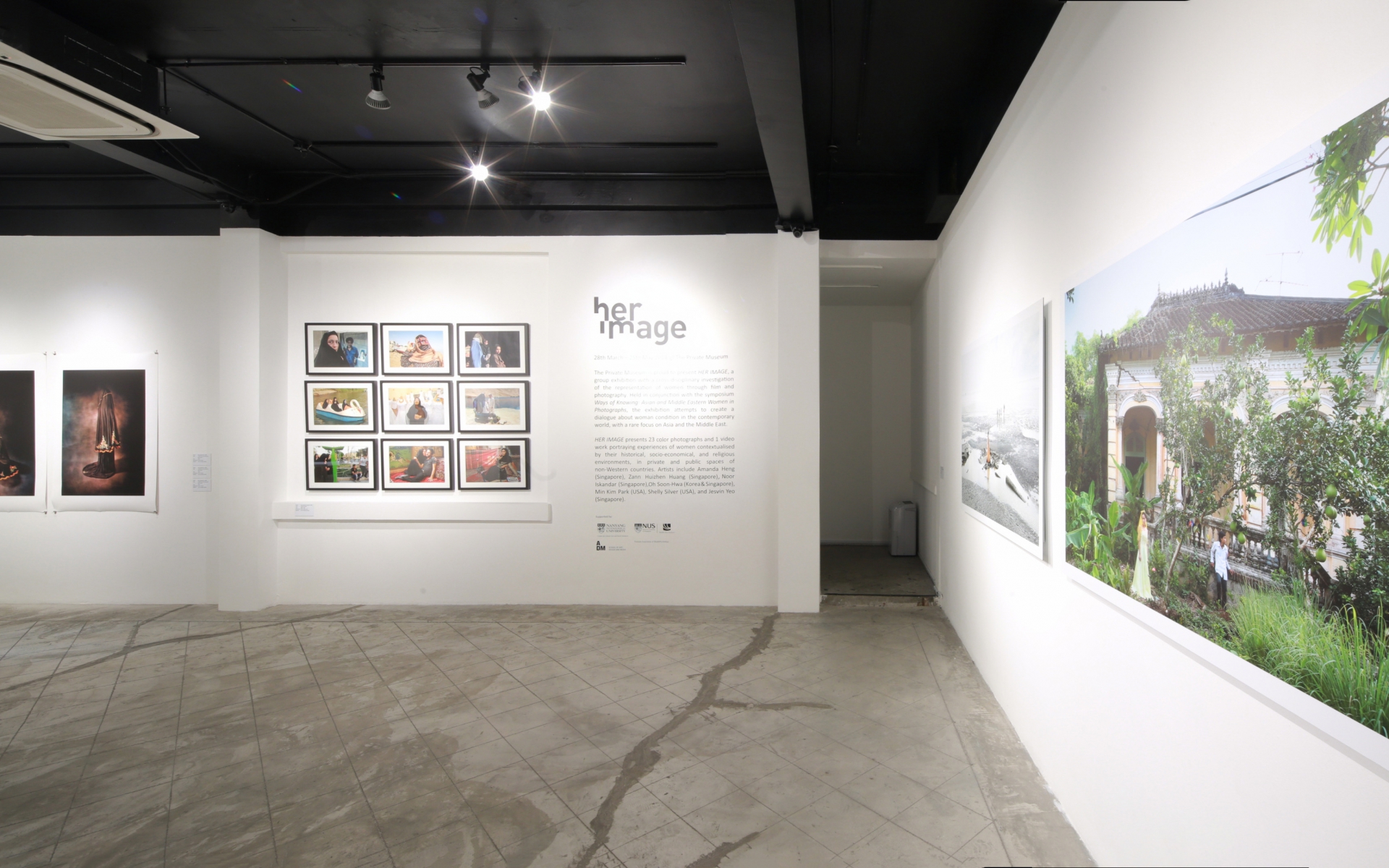 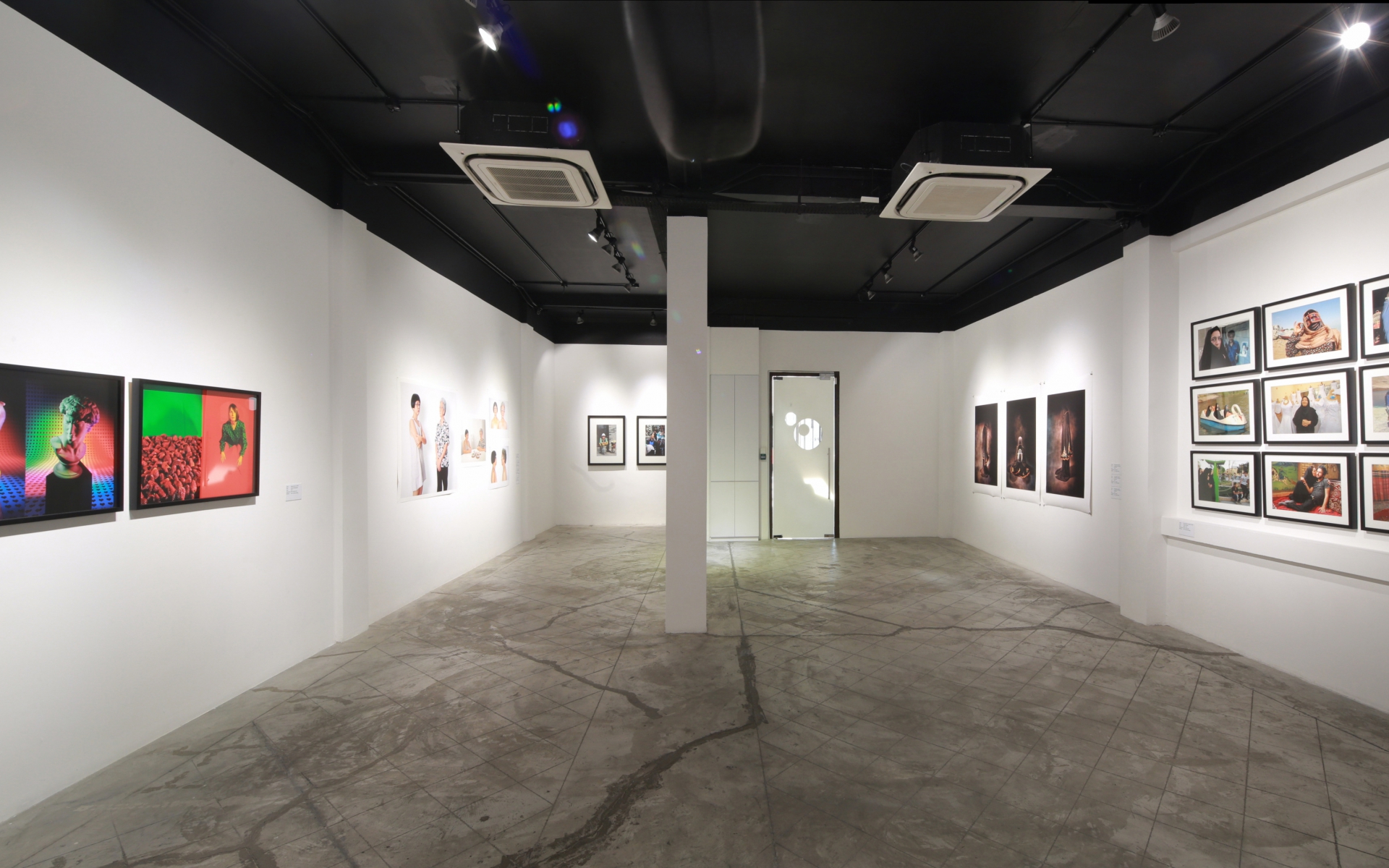 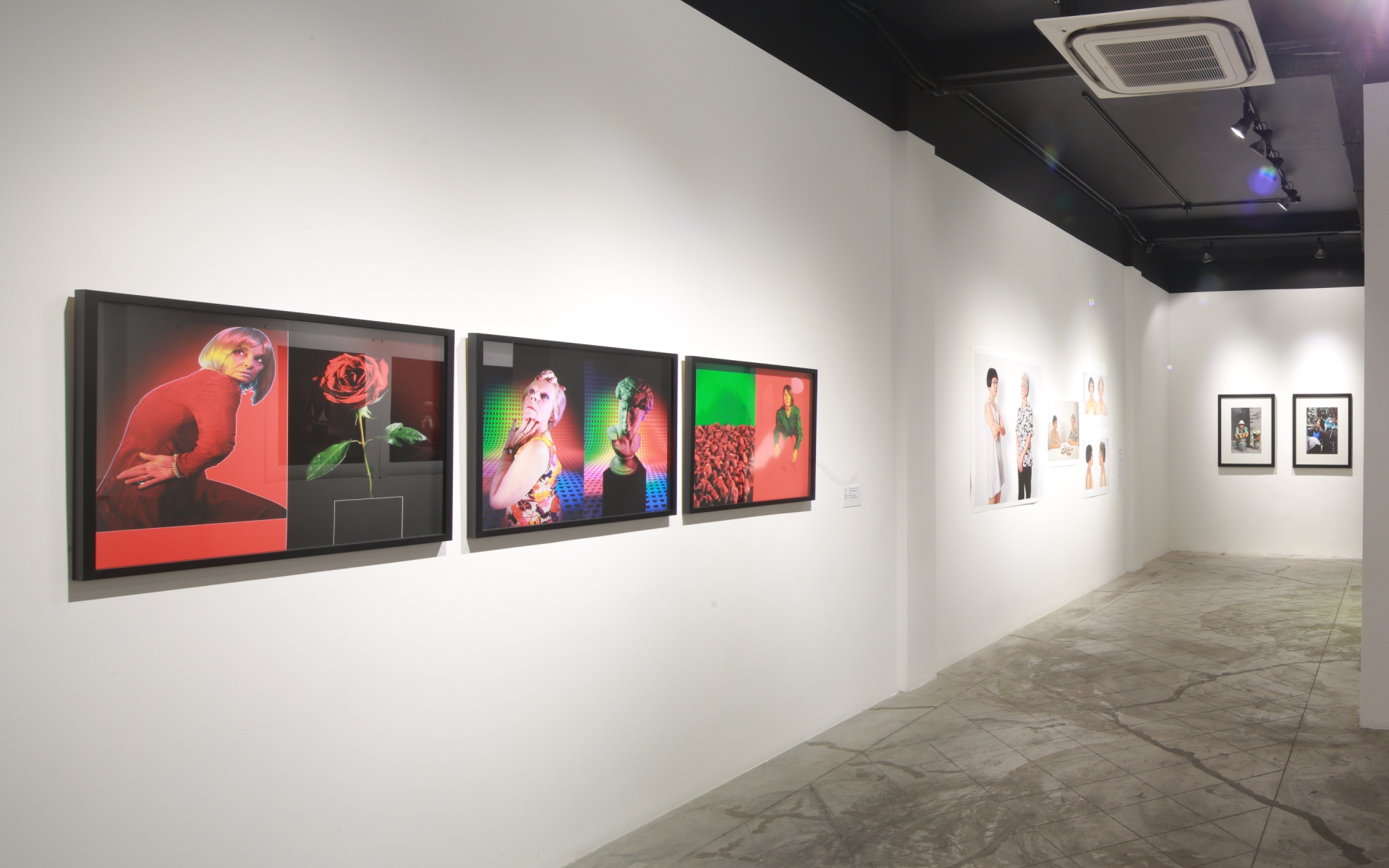 Amanda Heng is a Singapore-based contemporary artist, well known for her artistic focus on issues like gender politics, human relationships, national identity and other social issues in the modern Singapore society. She graduated from LASALLE with a diploma in print making and pursued further studies in art at UK’s Central St Martins College of Art and Design and Curtin University, Australia, graduating with a B.A. in Fine Arts. Heng went on to become a full-time arts practitioner, venturing into performance art, theatre arts as well as curating. She exhibited locally and internationally in the 1st Singapore Biennale (2006), Werkleitz Biennale in Germany (2000) and Performance Art Festival in Spain (2001). The 2010 Cultural Medallion winner is currently supervising students in the MA Program at LASALLE College of the Arts.

Zann Huizhen Huang is a Singaporean photojournalist based in the Middle East. After the Indian Ocean Tsunami in 2005, Huang felt compelled to pursue photojournalism to highlight humanitarian and social political issues in Asia and the Middle East. Within a year, she joined World Picture News (New York); before basing herself in the Middle East to be a freelance photographer, contributing to the UN and Asian Geographic. Her works have been published in Time magazine, Le Mode, Italia and other publications all over the world; and exhibited at New York Photo Festival 2009, Noorderlicht Photofestival and Singapore’s Gallery 2902. She has been conferred numerous awards such as UNESCO Humanity Photo Award 2006 & 2009 and honourable mentions for International Photographer of the Year 2006-2011 and PX3 Prix De La Photographie Paris 2007.

Noor Iskandar is a Singapore-based artist, currently in his final year at Nanyang Technological University, School of Art, Design and Media, pursuing a B.F.A. in Photography and Digital Imaging. Using Muslim imagery and iconography, Noor’s works deal with complex social and cultural issues and perceptions of judgements and prejudice regarding religious communities. His works have been showcased locally and internationally in London, Valencia, Belfast, Pingyao and Bandung; most recently, at the Ion Art Young Talent Programme as part of the Affordable Art Fair and won the solo showcase to be held in 2014. He was selected to be part of the Global Immersion Prelude Programme at Symbiosis International University in India and the exclusive World Islamic Economic Forum’s Marketplace of Creative Arts inaugural fellowship programme in 2012 and 2013 respectively.

Born in South Korea, Min Kim Park is a US-based artist. Kim’s photographic, sculptural and video works explore issues pertaining to gender, ethnicity and identity. Her works have been exhibited throughout Europe and the United States at Site Santa Fe, Indianapolis Museum of Contemporary Art and Museum of Fine Arts in Santa Fe. Park’s video work Zummarella was screened at White Box, New York, Columbus International Film & Video Festival and Videoholica. Park was an artist in residence at the Bemis Center for Contemporary Art and received a Rosenquist residency at North Dakota State University in 2009. She received a MFA degree in Photography from University of New Mexico in 2007. Park has taught at the School of the Art Institute of Chicago, Northwestern University and St. John’s University and is currently an assistant professor of photography in the department of Art and Design at Purdue University in Lafayette.

Oh Soon-Hwa is a Singapore-based photographer, curator and lecturer in photography. She graduated with an MFA from School of Visual Arts and Ed.D from Columbia University in New York. Oh’s works have been shown in over fifty-five exhibitions worldwide, to name a few: the Noorderlicht Photo Festival, Pingyao International Photo Festival in China, National Portrait Gallery in London, Ssamzi Art Space, Asian American Art Center, Society for Contemporary Photography and the Sotheby’s Young International Art Program. She was conferred the Ohio Arts Council Fellowship, Korea Arts Council Fellowship, and Aaron Siskind Memorial Scholarship. In 2008, she attended the UNESCO-Aschberg Bursaries Program at the Sanskriti Artist Residency in India. She currently is an associate professor and the coordinator of the photography and digital imaging program at School of Art, Design and Media, Nanyang Technological University in Singapore.

Shelly Silver is a New York-based artist. Her photographic and videographic works cover a wide range of subject matter and genres, investigating social constructs, cultural identity and multiple realities. Silver graduated from Cornell University with a B.A. in Intellectual History and a B.F.A. in Mixed Media, and attended Whitney Museum of American Art Independent Study Program. She has been exhibited internationally at Museum of Modern Art, The Yokohama Museum, the London ICA and numerous film festivals in Berlin, New York and London. Silver also received many fellowships and grants from organisations such as the John Simon Guggenheim Foundation, Anonymous Was A Woman and the Japan Foundation. She has also taught in several faculties of various US universities such as The Cooper Union School of Art, Tisch School of the Arts and City University of New York. Silver is currently an associate professor at Columbia University.