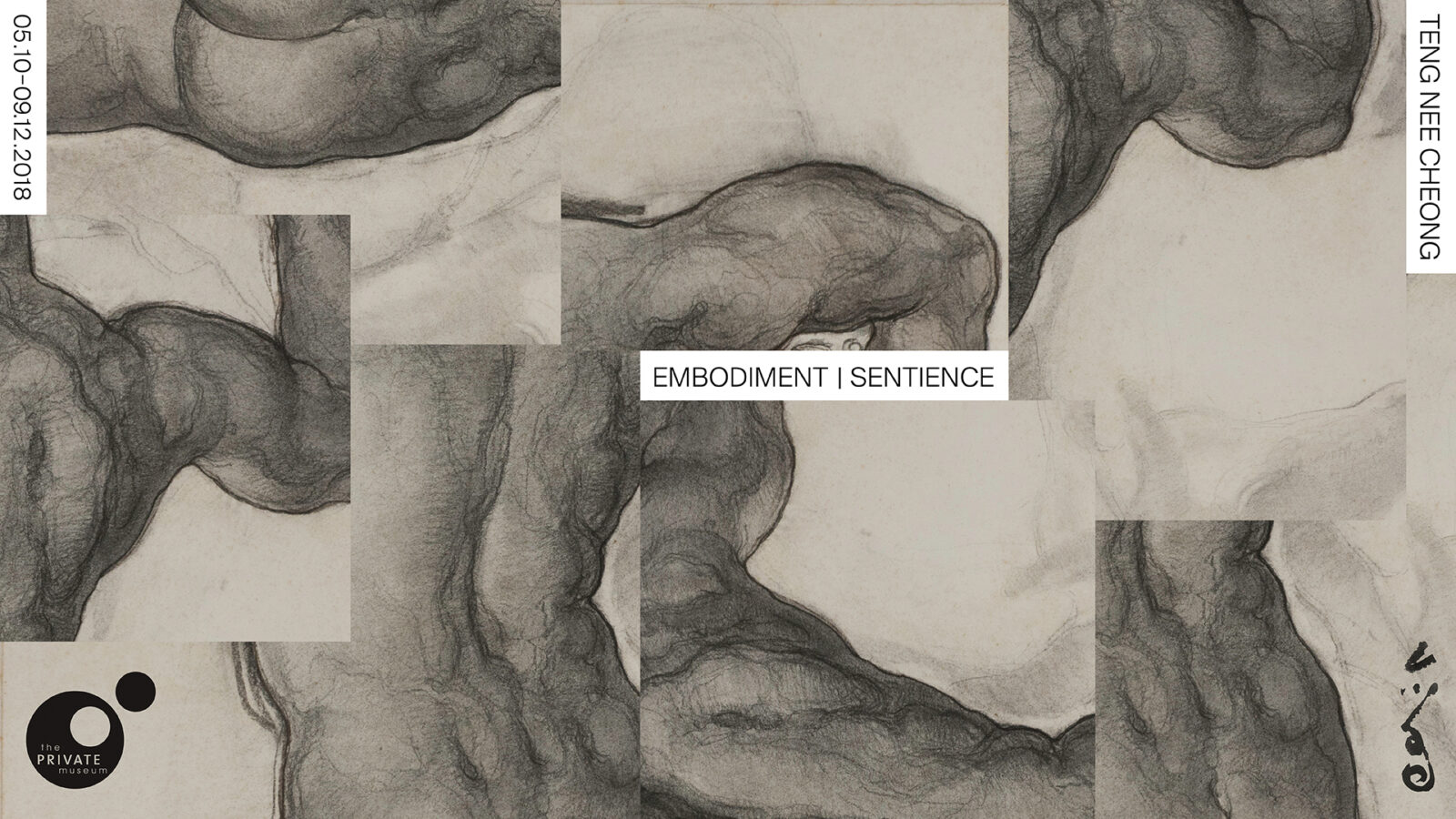 In commemoration of the 5th anniversary of the passing of late Singaporean artist, Teng Nee Cheong (b. 1951-d. 2013), The Private Museum is pleased to present EMBODIMENT|SENTIENCE, featuring a selection of charcoal works between the 1970s and the 2000s—from the collection of the Artist’s Estate.

A Nanyang Academy of Fine Arts graduate and recipient of the Ministry of Culture Special Award in 1978, Teng is known for his distinct visual aesthetics in the use of vibrant colours and Southeast Asian cultural motifs, drawing symbols from spiritual faiths such as Buddhism, Hinduism and even Balinese mythology.

Renowned for his impressive oil and pastel paintings, Teng’s intimate charcoal works have hardly been in the limelight, much less exhibited comprehensively. Far from just preliminary sketches, this exhibition marks the first extensive showcase of the artist’s charcoal drawings—a result of more than three decades of working with life models in his studio and abroad.

The exhibition explores themes such as dualities, sensualities, desires and perceptions of the human body through the artist’s inquisitive lens and the stark lines encapsulated by the alluring nudes. Deeply-personal and perhaps even provocative, EMBODIMENT|SENTIENCE attempts to lightly trace Teng’s art practice compelled by his fascination with and reverence for, the human figure. 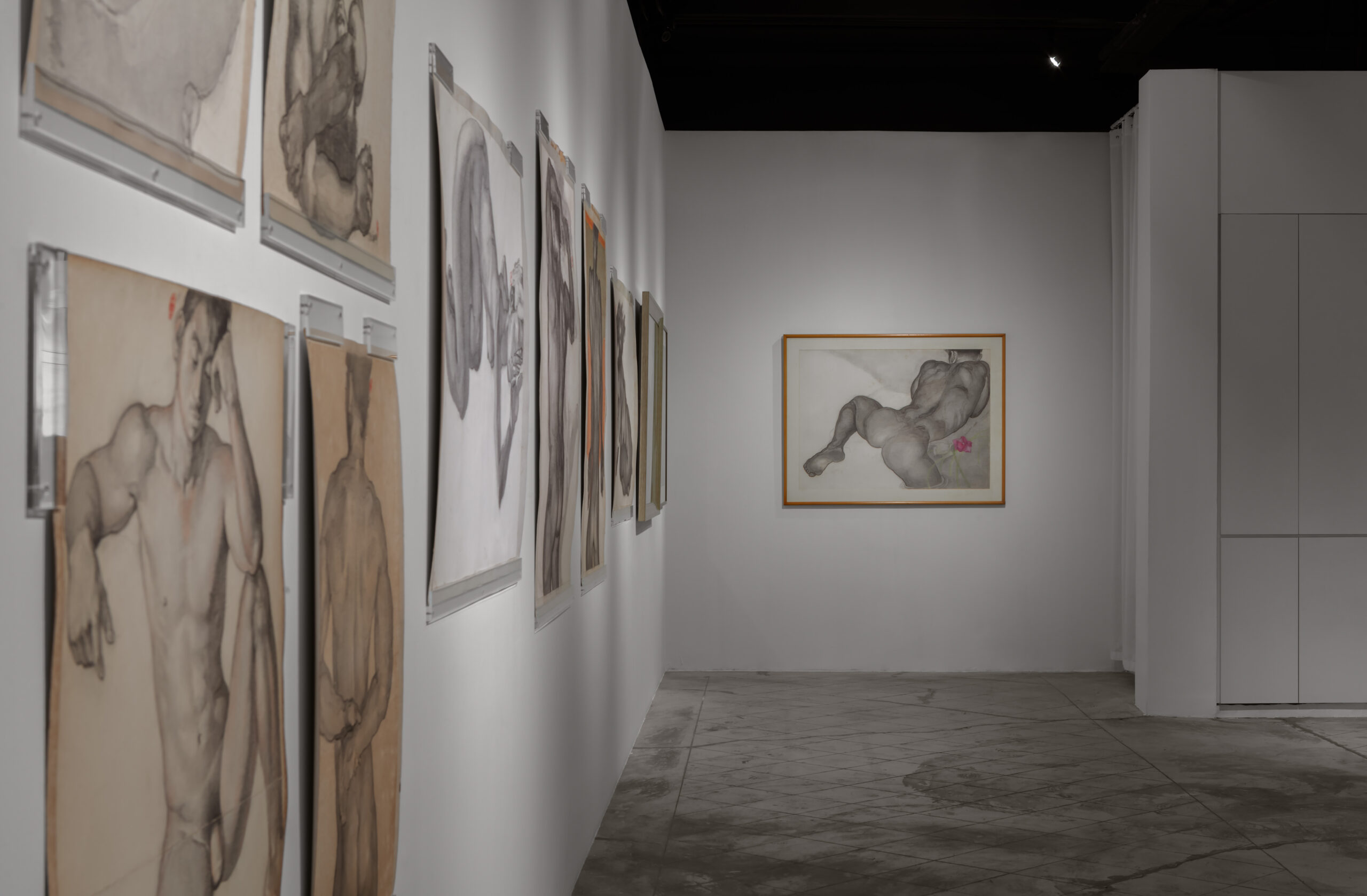 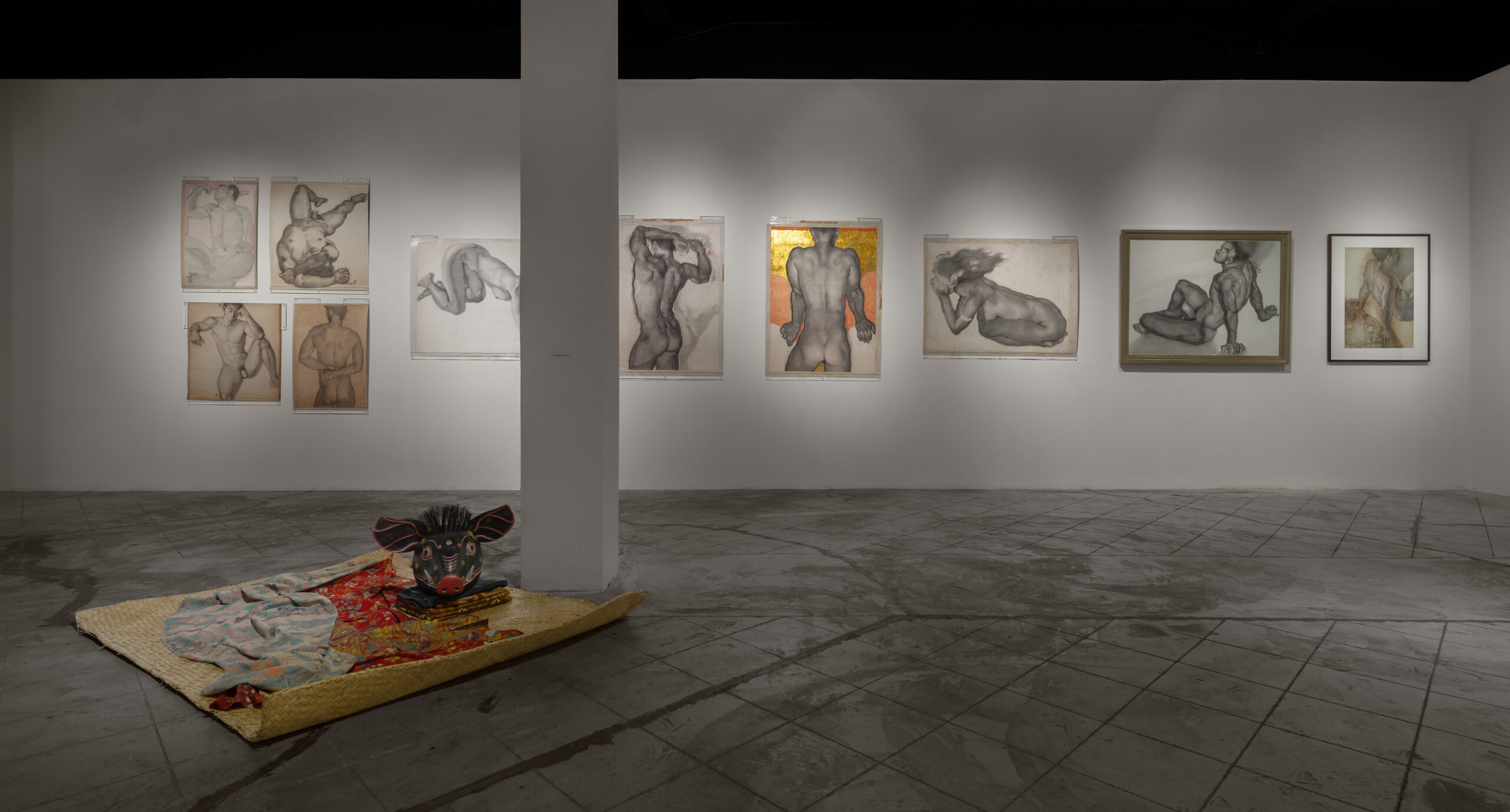 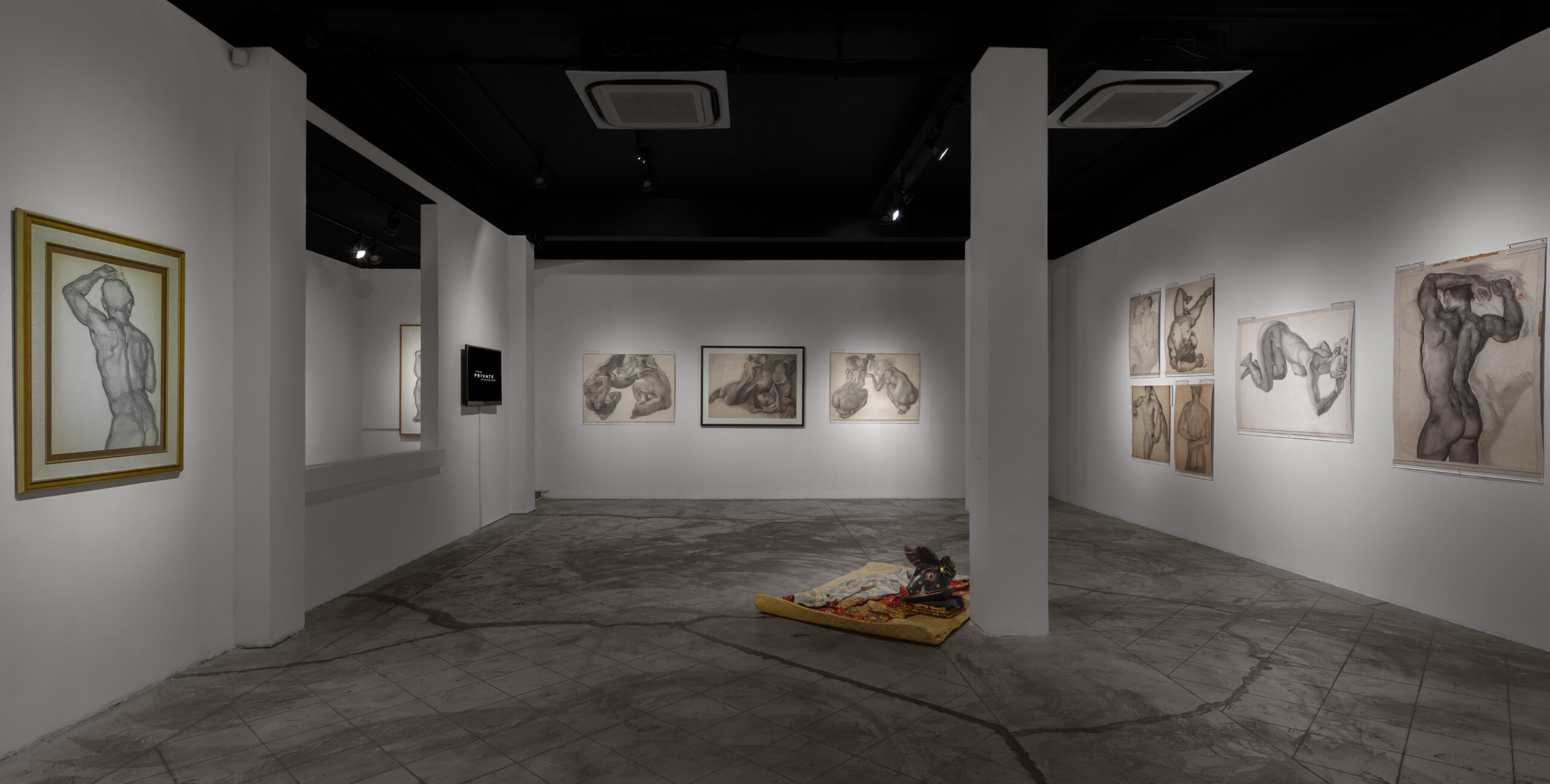 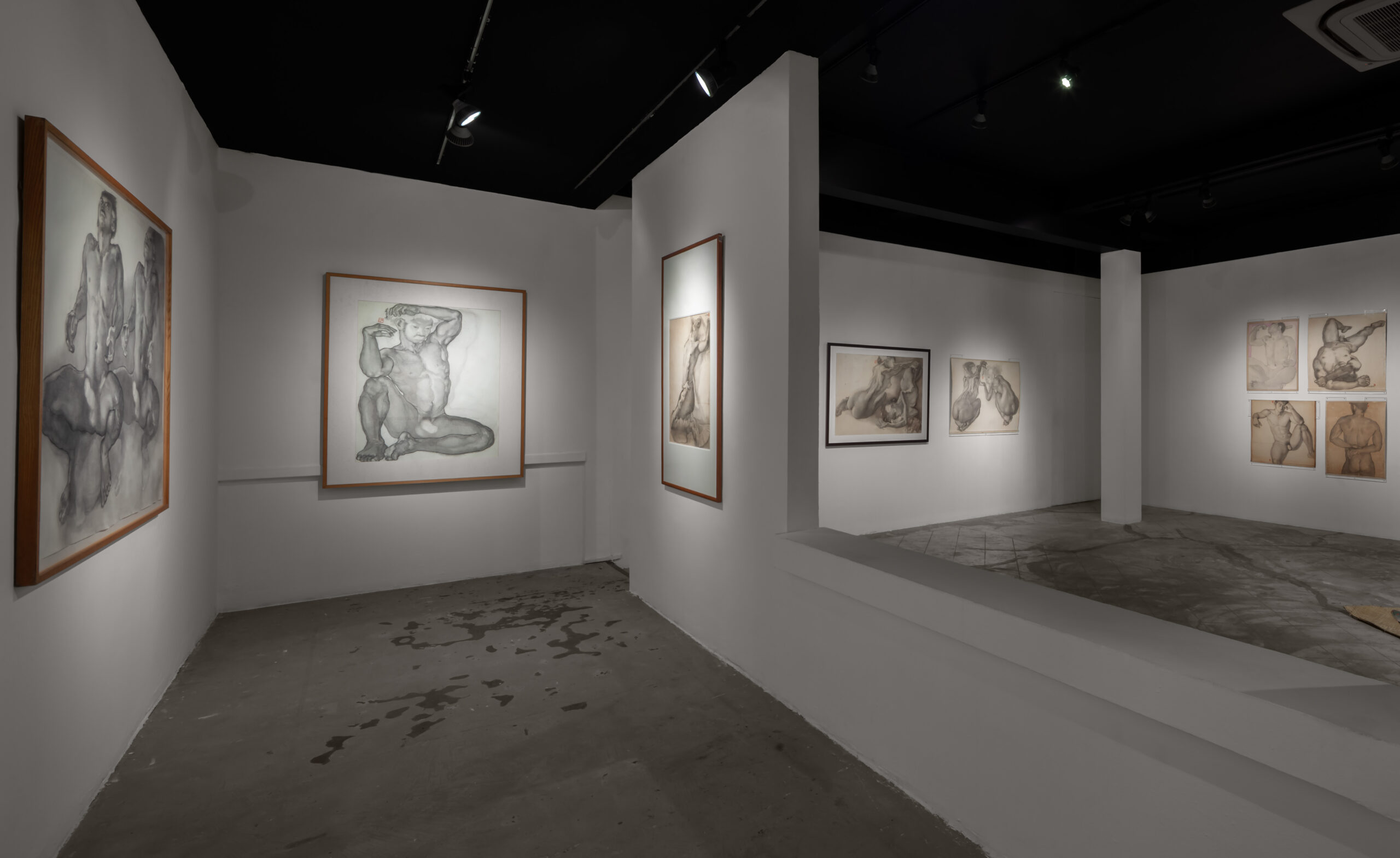 Teng Nee Cheong (b. 1951-d. 2013, Singapore) is an artist renowned for his exotic palette that reflects the various influences of cultures and traditions around Asia. His works use distinct symbols of adjacent cultures or religions, such as Balinese mythology, Hinduism, and Buddhism.

Born in 1951 in Singapore, geographically located in the hub of various cultural exchanges of Southeast Asia, Teng paints in oils and draws with charcoals, inspired by Asian mural paintings and Persian miniatures, in his depiction of flora in particular. Teng Nee Cheong studied at the Nanyang Academy of Fine Arts in Singapore. His works was exhibited in Holland, Hong Kong, Indonesia, Paris, Singapore and United States. He was given numerous awards and his works are among the collections of the National Museum Art Gallery (Singapore), Ministry of Foreign Affairs (Singapore) and Neka Museum (Bali).

Teng passed away from nasopharyngeal carcinoma in 2013.

2013: The Purest Song of Praise, Singapore

1998: When the Season is Nigh, The Philip Morris Group of Companies Singapore Art Awards 1998

The Artist’s Estate represented by Suzie Teng will be in conversation with Kim, a male life model who worked extensively with the artist in the last decade of his practice. This rare dialogue offers an opportunity to under- stand the processes behind his art practice and more importantly, a chance to remember the remarkable artist, Teng Nee Cheong. 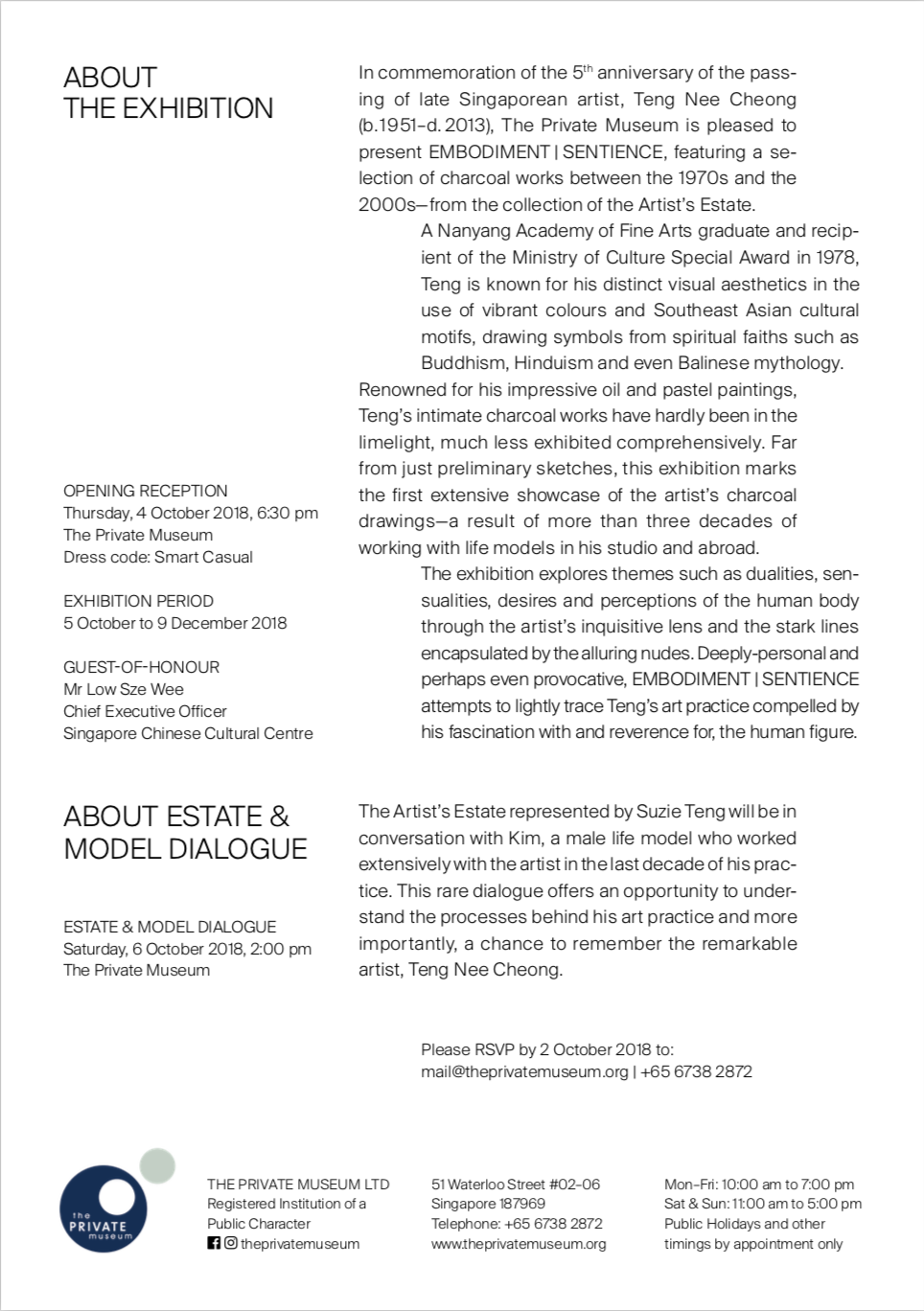 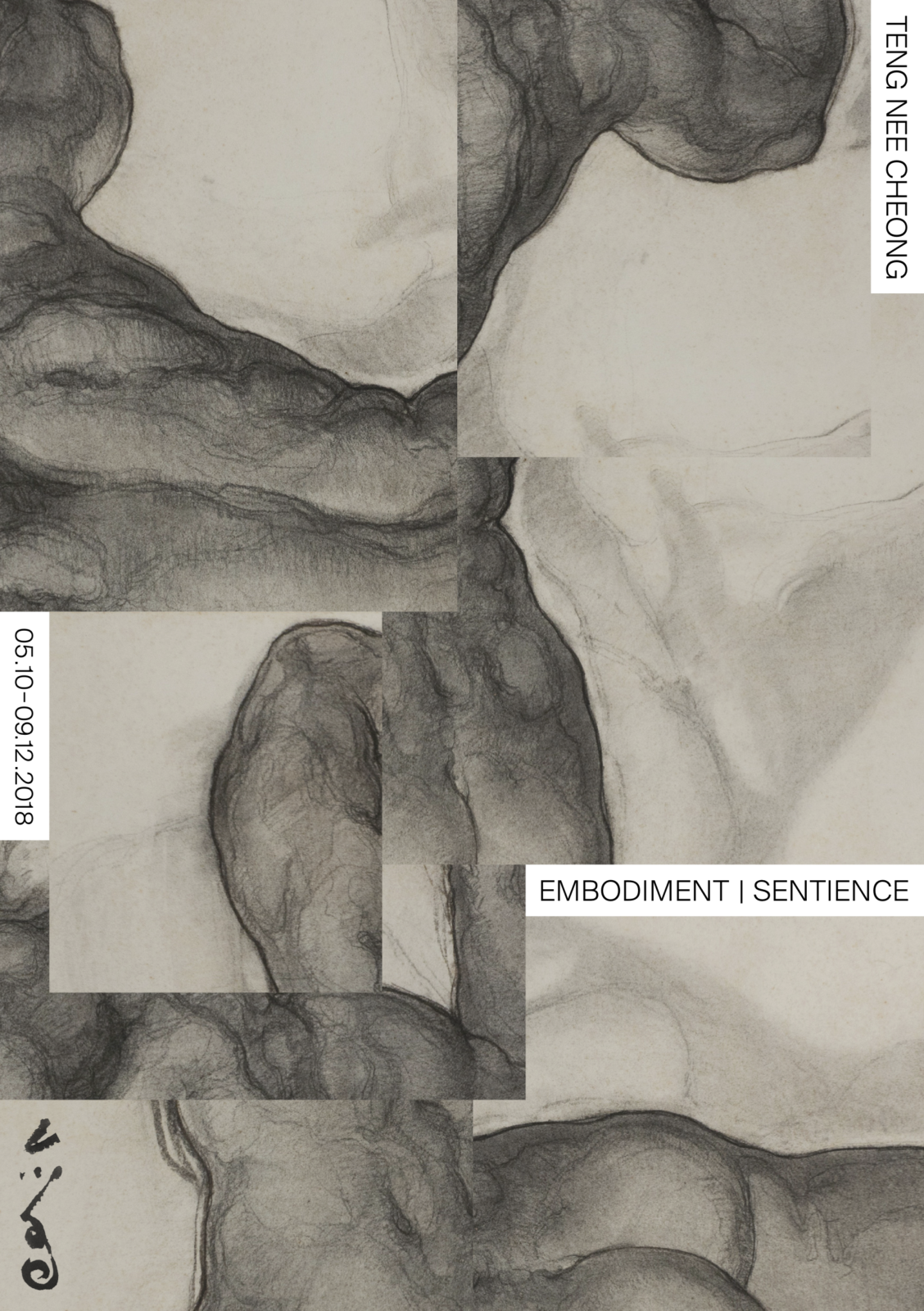 The Embodiment | Sentience exhibition publication features a foreword by Low Sze Wee and an essay by T.K. Sabapathy. 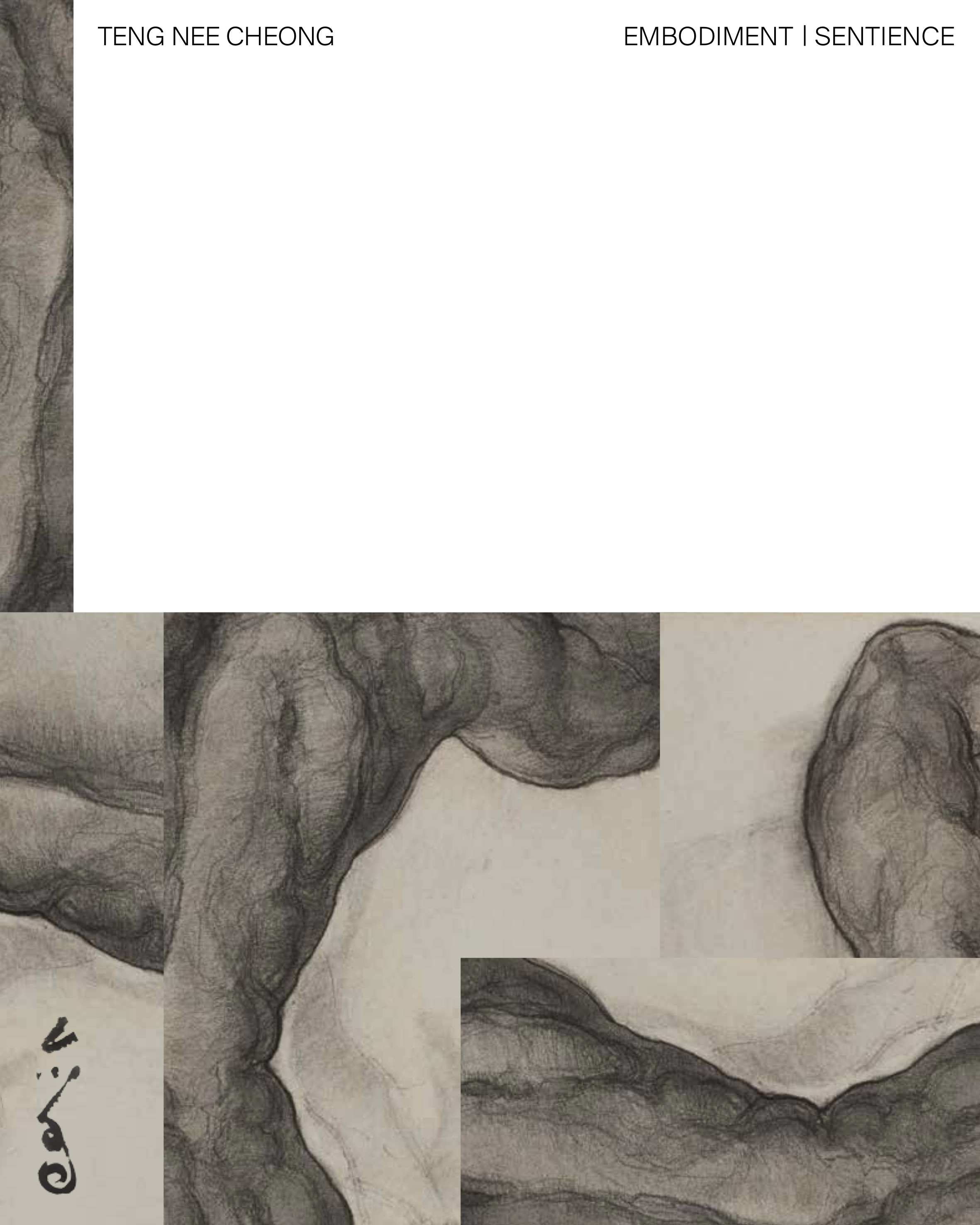